Log inSign upGet paid to test →
← Back to blog

Fireside chat with Kelvin and Liam from Tanda Pt. 1 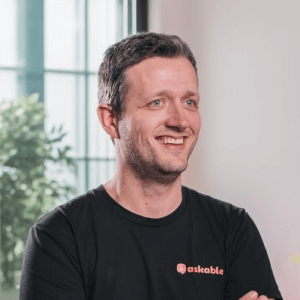 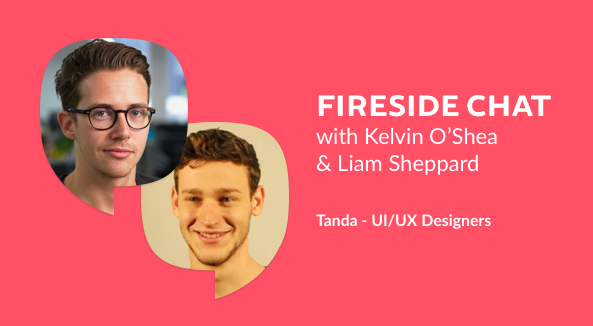 We caught up with UI/UX Designer, Kelvin and UX Designer, Liam from Tanda to hear their insights on user testing with their product. As a quick overview, Tanda is a cloud-based workforce management software, designed to streamline time and attendance workflows for employees. Each time Tanda creates a new feature or product, they go through several stages of validation to create a seamless platform for businesses requiring shift and hourly employees, such as franchises or hospitality companies. Tanda ran usability testing in October 2017, so we asked the team about their experiences and what they had learnt.

b1. “User testing is something that every UX designer should do.”

User testing is something every UX designer should be doing to enhance their service or product offerings. “There are two times you should run user tests; first when you see data you don’t understand and second when you have a feature you’re not entirely confident in” says Liam. Tanda noticed a 19% conversion rate on their 4 page sign-up form (see images below), so they took action to improve it. By making slight changes based on the data that came out of internal user testing, their 19% conversion rate rapidly increased to 46% (see images below).

There was a significant drop-off after the second page (20%) which caused Tanda to assume it’s unlikely users will fill out four pages of forms, especially on a mobile device. Tanda’s ‘freedom equals responsibility’ work culture meant Kelvin and Liam could test internally, which was what validated their assumptions to condense the form. However, to test the new, condensed form they quickly realised that everyone had a basic, if not in-depth, understanding of Tanda, internally. Kelvin and Liam decided that user testing by consumers who have never heard of Tanda before, could be the key to validating the condensed form and additional carousel (located after the form).

If you find yourself wanting to do user testing but you’re in an organisation where this isn’t a ‘thing’ yet, then getting that ball rolling can be a challenge. For Tanda, their flat company structure meant Kelvin and Liam were able to discuss the value of user testing with one another until a decision was made. “We [Tanda] don’t do this [user testing] enough, we need to do it more. We do internal testing but we should branch out and see what results we can get” says Kelvin. For larger companies, Kelvin and Liam recommend bootstrapping your idea. Internal testing isn’t fresh enough, so do what you can externally, quantify the data and present it to your boss.

“Instead of jumping through all the hoops, go around them.”

Top tips from Kelvin on running your user test

Let them know that it is a test of the design and not of themselves, so encourage them to speak their mind.

Write a script and test it internally beforehand, but don’t be afraid to adjust it on the fly

If you’re finding that you’re instructions are unclear to participants take the time to adjust them rather than explaining what you mean each time.